For the past few months, we’ve been discussing the symptoms, causes and various treatment options for depression. Currently, it’s estimated that 13% of men and 21% of women in America will experience some level of clinical depression in their lives. In the past, treatment of depression usually involved long term psychoanalysis to uncover if any past emotional experiences might have been the cause of the depression.

Today, many, if not most, people seeking relief from their depression will be prescribed some kind of anti-depressant pharmaceutical. While these drugs may address the immediate issue of a depressed mood, they also have significant drawbacks. These include loss of sexual desire, weight gain and even, in some cases, causing the patient’s condition to deepen to the point where they’re in danger of committing suicide. (Talk about the cure being worse than the disease!)

Fortunately, neurofeedback offers a treatment alternative with few if any negative side effects and some distinct advantages. Yet there are many in the medical community that still are skeptical about suggesting neurofeedback for patients suffering from depression. One of the criticisms heard most often regarding neurofeedback therapy is that no definitive studies have been done proving its efficacy for conditions such as ADHD, post-traumatic stress disorder and depression.
In considering the case to be made for Neurofeedback, I came across this quote from the great 19th Century biologist Thomas Huxley that struck me as an appropriate way to begin. Huxley, one of the great Darwin’s fieriest defenders once observed, “It is a popular delusion that the scientific enquirer is under an obligation not to go beyond

generalization of observed facts…but anyone who is practically acquainted with scientific work is aware that those who refuse to go beyond the facts, rarely get as far.”

Although there’s never been the type of definitive scientific study cited by traditional institutions like the Mayo Clinic or John Hopkins, the effectiveness of neurofeedback has been studied and tested many times and by many different groups over the years. These studies, however, have not been conducted on the same level as those for pharmaceuticals for several reasons. First, neurofeedback is not the product of a multi-billion dollar company that can spend millions of dollars on a single study. Consequently, double blind research studies involving control groups have not been run to test the efficacy of neurofeedback for different conditions. But even more problematic, the very nature of neurofeedback therapy means it is constantly being adjusted to fit the individual patient. This makes any form of control group study very difficult.

Neurofeedback therapy begins by first analyzing the activity of an individual patient’s brain wave patterns. “Listening” to the brain’s electrical activity through sensors, the neurofeedback provider can determine and record just how the patient’s brain waves are functioning at that moment. Studies have shown that when the left frontal area of the brain is more active than the right frontal area, you’re optimistic and positive. Conversely, when more activity is shown in the right frontal area than the left, you’re apt to feel more negatively toward life. This is not a small thing. Because the difference between emotional comfort and discomfort can effect everything we do, including our ability to think clearly, make decisions and take decisive action to carry them out.

Within the last decade, neurofeedback and other brain assessment technologies have become much more sophisticated allowing scientists to learn more about exactly how the brain functions. Functional magnetic resonance imaging (fMRI), for example has been able to measure blood flow to specific areas of the brain during certain activities. This information allows physicians to determine the risk of brain surgery or other invasive treatments for a patient. They can also identify regions of the brain linked to critical functions such as speaking, moving, sensing, or planning. This knowledge is crucial for creating productive strategies for surgery and radiation therapy. While fMRI scans are too expensive for regular use, disorders like anxiety and depression can still be treated effectively with less advanced equipment. Quantitative electroencephalography (qEEG), for example, is used to analyze electrical activity in certain brain areas of depressed patients as compared to the brain activity of patients who typically enjoy good mental health. Using this information, neurofeedback programs are set up to teach patients how to achieve these typical states of brain wave activity.

During a neurofeedback session, the patient sits in a chair or a recliner and plays a video game or alters presentations on a computer screen by changing the state of his/her brain waves. The brain soon learns that going from one state into another will win the race, drive the train or achieve whatever the system has been set up to register as a positive outcome.

Once a patient becomes aware of how to produce waves at a typical level they can eradicate their depressed mood – in some cases for the rest of their lives. This level of control is accomplished by continuing therapy until the lesson has been sufficiently reinforced. I read about two recent studies that seem to demonstrate this.  These studies were cited by Andrea Petersen in an article for the Wall Street Journal, “Brain Training for Anxiety, Depression and other Mental Conditions.” They were conducted by Dr. Kymberly Young, an associate at the Laureate Institute for Brain Research in Tulsa, Oklahoma and published in the scientific journal, Plos One in 2014. The first involved giving 23 patient suffering from depression a neurofeedback session and comparing how it affected their self-evaluation of their condition. It was found that patients who had neurofeedback scored themselves as 20% happier after treatment compared to those in a control group who scored 2%. Measures of depression and anxiety also dropped after treatment. And yet, Peterson notes, “… depression also dropped among those in the control group and the difference in the drop between the groups wasn’t statistically significant.” However, in a follow-up study by Dr. Young, presented at the annual meeting of the Society of Biological Psychiatry in 2015, the results seemed to show that the number of therapy sessions a patient undergoes plays a significant role in the success of the treatment. In this study, one group received twenty sessions of neurofeedback before any results were measured. After these sessions, the neurofeedback group felt that their depression had dropped 50% while those in the control group said they felt only 10% improvement. This seems to indicate that while neurofeedback is about teaching the brain to act differently, it is not an instant cure. The number of sessions needed to make a significant improvement depends on the patient’s needs and is usually determined by the patient and their provider once therapy begins. Most people require a minimum of 20 sessions to see real change, however that number can vary wildly from patient to patient.

Of course, neurofeedback doesn’t necessarily work for everyone. If patients can’t learn to regulate the amygdala and change their brain wave activity into a healthier range, neurofeedback may not be able to help them. But we know from our practice and from observing the work of others, that most people can be helped by neurofeedback if they just give it fair try. The rewards are literally priceless. After all, how can you put a price tag on the ability to put aside a negative and depressing outlook and fully participate in the joy of life – without medication?

If you’d like to learn more about neurofeedback for you or a family member, please feel free to contact us anytime. You may be surprised at just how far treatment for depression has come by those willing to look outside the boundaries of traditional western medicine to find new and more effective answers.

The Challenges of Building a Private Practice

By Ari Goldstein, Ph.D. In the course of my twenty years in the education and...

What Makes a Good Psychological Evaluation?

There are many reasons why a person would need a psychological evaluation.... 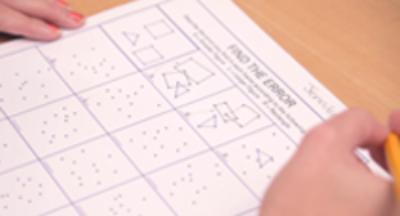