“Mens sana in corpore sano” is well known Latin quote meaning “a sound mind in a healthy body”. Here at Cognitive Solutions, we see patients whose symptoms range from mild to severe depression, and after our evaluations with those patients, we offer a comprehensive intervention plan that includes non-invasive, non-pharmaceutical related recommendations to help ease symptoms of depression. Medications are the fastest way to improve symptoms of depression, but these can sometimes cause debilitating side effects. It seems so simple, but time and time again studies show the effectiveness of excursive in treating depression. While this may be a simple solution, it is by no means easy. The relationship between body and mind has interested experts for many years. Since physical activity is critical in sustaining life, it is generally understood that exercise functions as a form of survival. Exercising has been a strongly associated factor in maintaining a healthy lifestyle. Many researchers have explored the effects of exercise on the body, and recently psychology research has also attempted to find a correlation between exercising and mental health.

Exercise can be defined as “any type of physical activity, aerobic or anaerobic, with the means of integrating the mind, body, and spirit”. This definition alone makes apparent the association between exercise and the mind (and therefore mental health). The general thought is that exercise has physical and psychological benefits, which is why it has been so helpful in maintaining overall health. One factor which makes it difficult to compare previous research studies is the method in which exercise is measured. Some studies actively randomized a sample into exercisers and non-exercisers, while others first distinguished exercisers from non-exercisers before proceeding to ask specifically about duration and intensity of exercise. Some even used a scale to determine the amount of exercise in which one participates regularly. Some studies have reported that a lack of exercise is correlated to depression in a broad range of ages. Researchers have even found that those who are unable to exercise because of a physical illness or handicap reported higher depression scores than all others. Studies often show that physical fitness itself is a factor contributing to the mental health of regular exercisers.

In addition to the satisfaction gained from performing athletic exercise, its effects on one’s body play an obvious role in the modification of mental health. In one study, overweight subjects were found to have poor perceived mental health, high negative affect, and low optimism. The same participants were also at higher risk for future unhappiness, low positive affect, life dissatisfaction, and depression. The relationship between exercise and mental health has been a topic examined by many psychologists. However, the specific areas of mental health affected by exercise have been questioned throughout these researcher’s trials. Different aspects of mental health in relation to fitness have been examined. Some of these aspects include anxiety and, as previously mentioned, depression.

Reports that those who exercise tend to be less anxious and depressed than those who do not exercise. It seemed that in all the recent studies, exercisers were happier and more satisfied with their lives than non-exercisers, regardless of gender or age. Other studies have examined psychological factors such as rage and trust issues. Overall, studies show that people who exercised regularly experience considerably less depression, anger, cynical distrust, and tension than those who exercised less often or did not exercise at all. Health in mind and body is not a phrase to take lightly and there is evidence to back it up. Increase your endorphins the natural way – get that body moving! 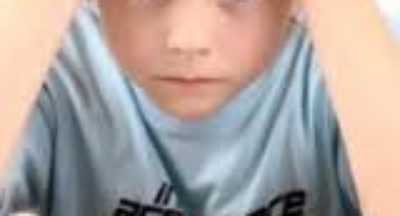 The Parents Dilemma – Choosing the Right Therapy When Your Child Has...

Reap the Benefits of Neurofeedback